Rutgers School of Engineering faculty are nationally-recognized industry leaders. They are active researchers and experts in the subjects they teach. Professors serve as members of leading professional organizations like the American Society of Mechanical Engineers (ASME), Institute of Electrical and Electronics Engineers (IEEE), Institute of Industrial and Systems Engineers (IISE), and Institute for Operations Research and Management Sciences (INFORMS). They also work as editorial and advisory board members for top journals like IEEE Transactions on Automation Science and Engineering; International Journal of Quality, Statistics and Reliability; and International Journal of Advanced Manufacturing Technology.

Professors bring their industry knowledge to the classroom, enabling students to gain experience solving real-world problems. They help students get the most out of their education, offering virtual office hours to address any questions or points for further discussion. Each of them are committed to helping students form industry connections through their own networks and career events. 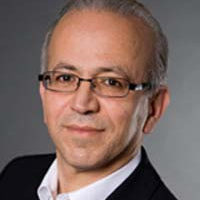 Mohsen A. Jafari is a professor and chair of the Department of Industrial and Systems Engineering, Rutgers School of Engineering, a principal at the Rutgers Center for Advanced Infrastructure and Transportation (CAIT), and founder of the Laboratory for Energy Smart Systems (LESS). Since 2006, Jafari’s research focus has been on control and optimization of energy systems with applications in Distributed Energy Resources, smart connected buildings, demand-side management, and electrical vehicles. Jafari has also been active in research concerning transportation safety and mobility since 2005. Prior to 2005, his research focused on additive manufacturing of ceramic actuators and sensors, and intelligent manufacturing in food and pharmaceutical applications. He is one of the pioneers in architecting and building the first multi-material Solid Free Form (SFF) fabrication system with online image-based process control sponsored by the ONR-MURI program.

Overall, Jafari has been principal and co-principal investigator to over $23M R&D funding from the U.S. and international government agencies, and industry. Jafari’s work has led to 120 refereed publications and patents. He actively collaborates with universities and national labs in the U.S. and abroad, and he has advised twenty-three PhD theses and nine post-doctoral and research fellows. He is a member of IEEE and was recipient of the IEEE excellence award in service and research, SAP curriculum award and two transportation safety awards. Jafari is currently a member of New Jersey governor Phil Murphy’s Fuel Cell Task Force and has been a consultant to several Fortune 500 companies, and national and international government agencies. 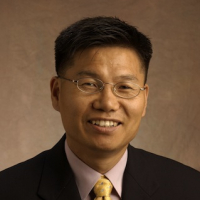 Myong K. (MK) Jeong is a professor in the Department of Industrial and Systems Engineering and the Rutgers Center for Operations Research at Rutgers University. He was formerly an assistant professor in the Department of Industrial and Information Engineering, the University of Tennessee, Knoxville. He worked as a senior researcher from 1993 to 1999 at the Electronics and Telecommunications Research Institute (ETRI). He has focused on developing data mining techniques, process monitoring and control procedures, and optimization techniques for machine learning. The applications include various industries such as gas/oil, semiconductor, transportation, bio-energy, computing, electronics, and automobile.

He has published over sixty journal papers including Technometrics; IEEE Transaction on Semiconductor Manufacturing; IEEE Transactions on Systems, Man, and Cybernetics; Pattern Recognition Letters; and IIE Transaction on Quality and Reliability. He received the Freund International Scholarship and the National Science Foundation (NSF) CAREER Award in 2002 and in 2007, respectively. His research has been supported by the National Science Foundation, National Transportation Research Center, United States Department of Agriculture, Qatar National Research Fund, Electronics and Telecommunications Research Institute, and various industries. He has been a consultant for Samsung Electronics, ETRI, KISTI, and other companies. He is an associate editor of the IEEE Transactions on Automation Science and Engineering, International Journal of Quality, Statistics and Reliability, and advisory board member of International Journal of Advanced Manufacturing Technology. He is a senior member of IEEE. 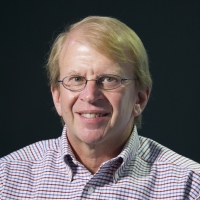 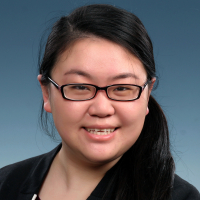 Guo’s research interests are in the areas of statistical quality control and process monitoring, data mining for manufacturing and healthcare systems modeling and improvement, and quality-oriented design and modeling of complex manufacturing systems. Her current research focuses on data fusion methods in the interface between applied statistics and system control/optimization.

She is a member of IISE, INFORMS, and ASME. Guo is the recipient of the 2014 ISERC Quality Control & Reliability Engineering Best Student Paper Award Finalist, the 2014 International Conference on Frontiers of Design and Manufacturing Sciences Best Paper Award, the Rackham Predoctoral Fellowship from the University of Michigan, and the Wilson Prize for the Best Student Paper in Manufacturing. Her teaching interests include quality engineering, data analytics, and manufacturing systems.

To learn more about the online Master of Engineering in Industrial and Systems Engineering and download a brochure, please fill out this form. You can also reach an academic advisor directly by calling 888-976-4384 (toll-free).